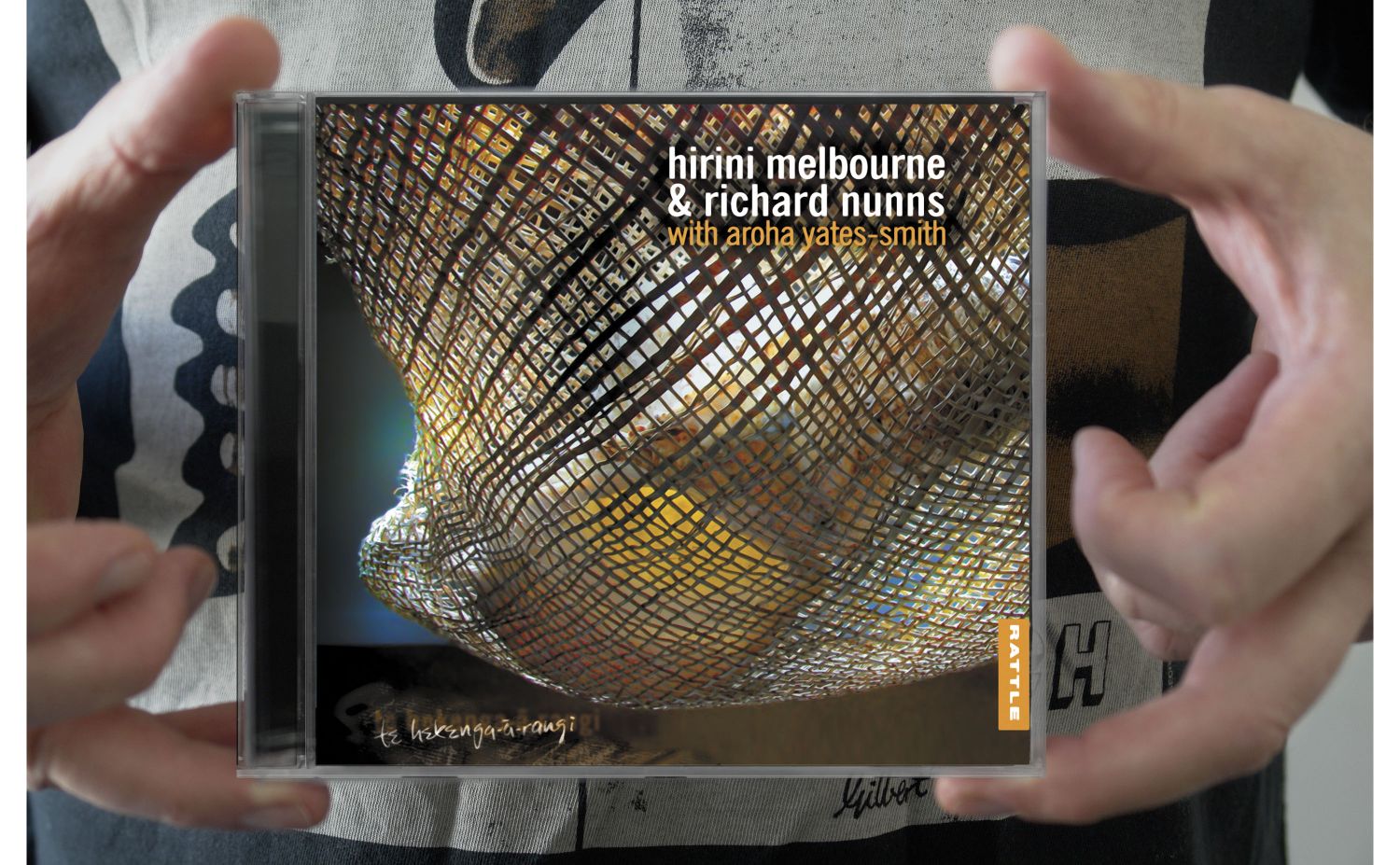 Hirini Melbourne is from Tuhoe and Ngati Kahungunu. A writer of stories, a composer, singer and an academic, he contributed to the revival of te reo, with dozens of his now classic songs sung in classrooms throughout Aotearoa. Born into brass bands, Richard Nunns sought refuge in jazz and improvised music, before coming to focus on Maori instruments – or taonga pouro.

Their 1994 gold-disc-winning release Te Ku Te Whe is considered the defining album of taonga pourou. After a long recording gap, they were joined by Aroha Yates-Smith for Te Hekenga-a-rangi in 2003, in the final weeks of Hirini’s life as he stared down cancer. I was privileged to shoot the session, before taking on the design, working with fine arts photographer Maureen Lander on the CD/DVD package.