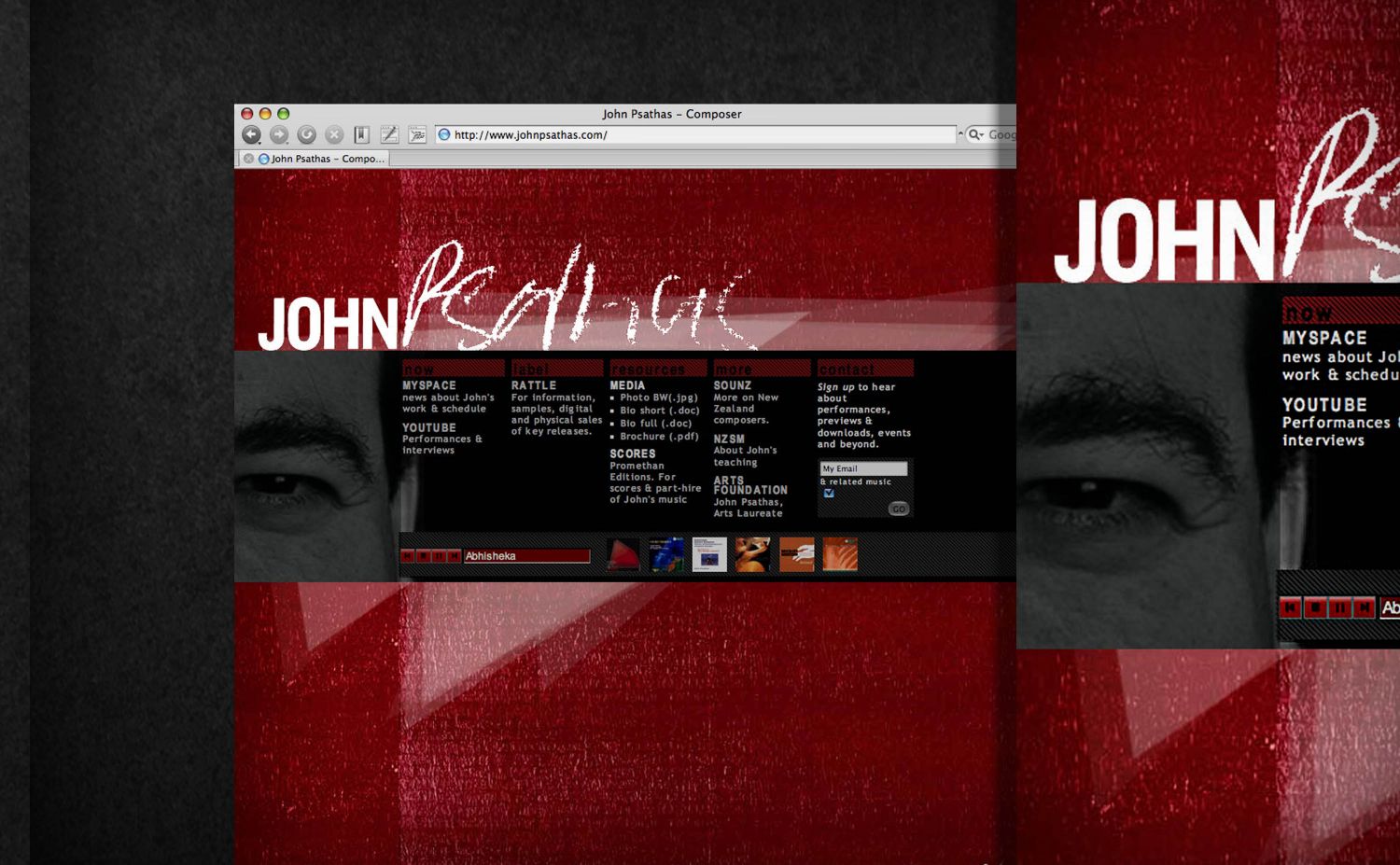 In classical music terms, John Psathas is a Peter Jackson: an artist with a major international career, but who has chosen to continue working out of a low-key environment in Wellington. He may be best known for (along with Bjork) writing the ceremonial music for the 2004 Athens Olympics, heard by around 2 Billion people.

Capable of immense complexity, he has chosen to use his gift in a way that engages with a relatively broad audience, building on familiar touchstones of rhythm and tonality in fresh, invigorating new ways, and unlike many contemporary composers, speaking to the heart as much as the head. “Rather than build a standalone site, John sought a simple portal to the various existing avenues emerging to access his music: live, recorded, and as scores. His monumental contemporary concerto album View From Olympus, had just come out, which had an identity of it’s own, but one that he wanted to both reference and compliment. Yes that’s a thing we can do. So we did.