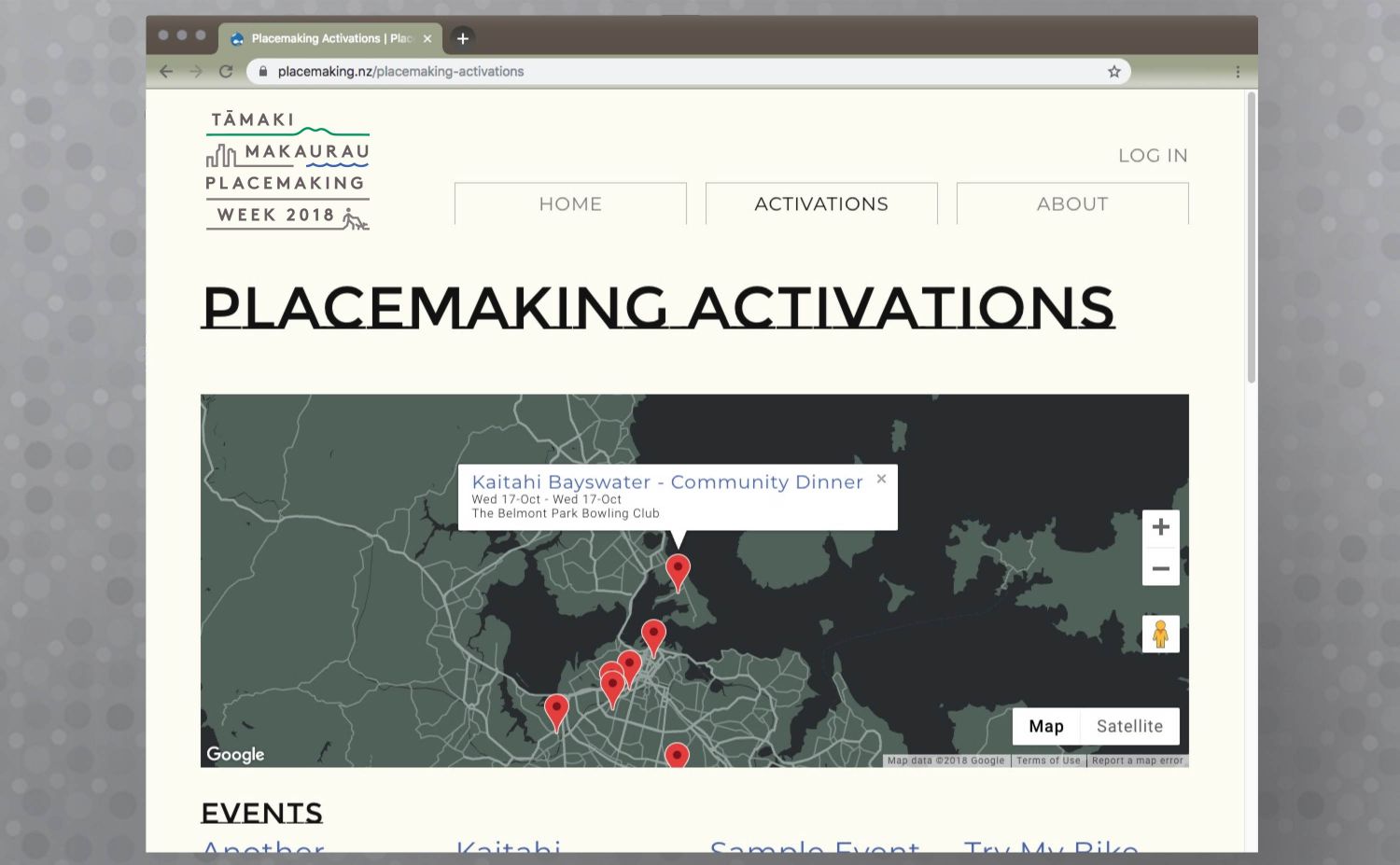 Case in point: Commissioned by Panuku through Catalyse, we created placemaking.nz to help ‘Place Leaders’ get their tactical urban  ‘Activations’ quite literally, on the map, via a low-friction user flow.

What is this placemaking you ask?

“Placemaking inspires people to collectively reimagine and reinvent public spaces as the heart of every community. Strengthening the connection between people and the places they share, Placemaking refers to a collaborative process by which we can shape our public realm in order to maximize shared value. More than just promoting better urban design, Placemaking facilitates creative patterns of use, paying particular attention to the physical, cultural, and social identities that define a place and support its ongoing evolution.”  From Project For Public Space

Putting tactical urbanism on the map

Our task has been to enable invited activators (place leaders, team members, supporters, observers) to easily register and post, geoposition activations, and access resources without having validate emails, but keeping it hard for bots to run amok with spam.

We trialled both Wordpress and Drupal Google Maps geolocation integrations, before settling on a Drupal 8 platform, loosely based on the Drutopia distribution, for rapid deployment. While we're increasingly CMS agnostic, we have found the Drupal Geolocation API has proved to be incredibly solid, compared with relatively buggy third party Wordpress plugin options.