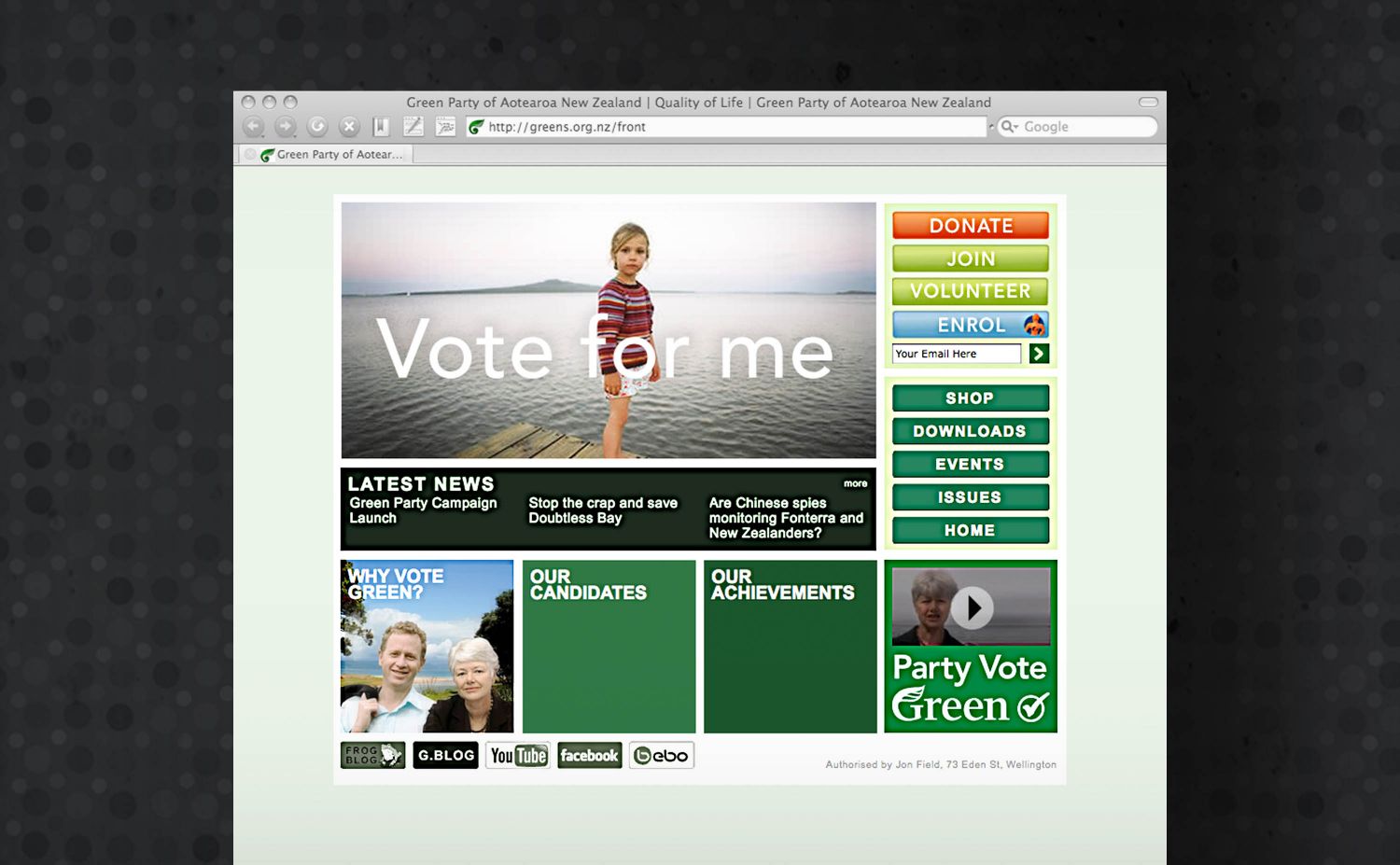 Few could watch Al Gore's An Inconvenient Truth unaffected –even if the truth wouldfrequently actually turn out to be quite convenient – the benefits to health, happiness, and bank account that a more sustainable lifestyle will bring, and all.

But many were moved to more than personal changes, and in 2008 a bunch of TGD focus shifted to anything that could be done to raise the level of environmental thinking in our national discourse – specifically the election campaign. In truth, this turned out to be a less than well-oiled campaign machine I was plugging into.

But, somehow, between some eloquent and principled candidates, a bunch of dedicated volunteers, some heartstring-pulling posters by Special Group, and contributions by ourselves – such as this campaign site front-page, the Greens increased their representation in parliament. And show every sign of doing so again.